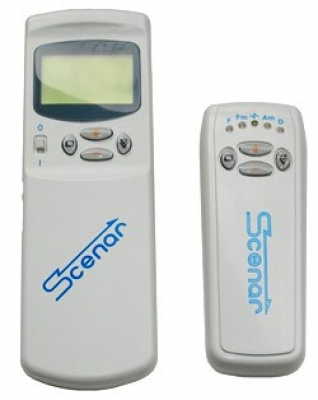 Read the case report in full, as published in the Journal of Pharmacology & Clinical Research: https://juniperpublishers.com/...

Alternatively you can read the text below.

Introduction
Functional dyspepsia is a complex of symptoms characterised by upper abdominal discomfort or pain, nausea, vomiting, bloating, early satiety, and anorexia. The aetiology of this disease is poorly understood [1]. Standard pharmacological treatment includes prokinetics, analgesics, H2-receptor antagonists, proton pump inhibitors, antacids, serotonin receptor antagonists, and antidepressants. This treatment often has low efficacy and might because side effects associated with the drugs [2,3]. The patients with functional dyspepsia which is refractory to the drug treatments require other therapeutic options. Treatment of these pathological conditions using electrotherapy modalities such as electroacupuncture and transcutaneous electroacupuncture,
gastric electrical stimulation and some other methods showed successful results commonly reported without any adverse reactions [4-7]. It accelerates gastric emptying, inhibits gastrointestinal motility, increases plasma levels of neuropeptide Y, stimulates food intake and reduces symptom scores. These methods, however, could be invasive and require specific knowledge of the topographic locations of acupuncture points and acupuncture techniques what might limit their use in clinical practice. We present here a case of successful treatment of functional dyspepsia using SCENAR (Self Controlled EnergoNeuro Adaptive Regulator) therapy. SCENAR therapy utilises a special electrotherapy device which modulates functional activity of physiological systems. It is widely used in Eastern European clinical practice to help regain homeostasis impaired by a disease or a functional disorder and showed encouraging
results in treatment of gastrointestinal pathologies [8,9]. The use of SCENAR therapy for the treatment of functional dyspepsia represents a promising approach for an effective control of these conditions.

Case Report
A 52-year-old female was presented to the Health Point Physiotherapy (formerly EL Physiotherapy) Centre with typical clinical manifestations of functional dyspepsia which continued for a period of over 6 months. She had gastroabdominal discomfort, constant nausea, bloating, early satiety, and loss of appetite. The gastrointestinal symptoms were accompanied by a strong anxiety resulting from the long-lasting problem. Haematology and serum biochemistry parameters were within the standard reference ranges. She was seen by several gastroenterologists and gastro-colonoscopy revealed no significant findings.

We started SCENAR therapy using the following treatment scheme: 30 minutes of SCENAR therapy followed by the application of a SCENAR blanket for 30 minutes daily, for a total of 12 sessions. The areas treated with SCENAR therapy were the hepatic region, low abdomen, thoracic and lumbar spine. The settings used were those for chronic conditions, i.e. AmAm 2:1, Am 3:1; Fm-Sc1, Sc3; Dmp-Sw2 various combinations of the abovementioned settings (up to 3 combinations) were used during each treatment session. The medication treatment of the functional dyspepsia symptoms was discontinued prior to starting the SCENAR therapy. The results of the treatment were assessed using the abbreviated Glasgow Dyspepsia Severity Score Questionnaire [10]. The initial effect of the treatment was documented after 2 sessions with the score reduction from 10 to 5 and a considerable improvement was demonstrated
after 4 sessions with the score decreasing to 3 and manifesting significantly less frequent dyspepsia episodes. This was achieved without a need to resume the use of the medications. The treatment continued for 2 weeks and included 12 sessions after which all the symptoms were totally eliminated with the score reaching 0 without any adverse reactions. The conditions of the patient were monitored for 12 months and no recurrent symptoms were observed.

Cases of functional dyspepsia which fail to respond to drug treatment are common in clinical practice. Also the pharmacological therapy is sometimes accompanied by various side effects of the drugs causing patients who are intolerant to these adverse reactions to withdraw from the treatment [2,3]. These factors elicit a strong interest to the applications of treatment techniques allowing achievement of effective results for the cases of functional dyspepsia refractory to the conventional pharmacotherapy without adverse reactions associated with the procedures.

The technique described in the clinical case report satisfies these requirements and could be used for successful management of the disease. SCENAR therapy utilises a low frequency impulsive electrotherapy device producing various therapeutic effects. The mechanisms of action of electrotherapy to which SCENAR therapy belongs involve release of neuropeptides and endogenous opioids, hyperstimulation of nociceptive receptors, cortico-subcortical interactions, activation of the tissue trophic function and metabolic processes, blocking pain impulses through increased A fibre transmission, enhanced parasympathetic activity, and some other pathways [13-17]. These could lead to antinociceptive responses, improved local blood circulation and cellular metabolism, accelerated gastric emptying and normalized gastrointestinal peristaltic activity, and antidepressant effects, resulting in reduction of overall functional dyspepsia symptom scores. This technique demonstrated efficient results in treatment of some other alimentary diseases such as gastric and duodenal ulcers [8,9].

The case report indicates that the use of SCENAR therapy provides efficient results for treatment of drug refractory functional dyspepsia leading to a marked improvement of the conditions of the patient. Additional clinical studies are required to further investigate the effectiveness of this treatment method. Support of clinical observations with laboratory analyses of pepsinogens I and II, gastrin-17, leptin, neuropeptide Y, antiHelicobacter pylori antibodies, ghrelin and other functional dyspepsia biomarkers would be a useful adjunct to investigate the mechanism of action of SCENAR therapy. Indications for SCENAR therapy could be potentially extended for irritable bowel syndrome, slow transit constipation, inflammatory bowel disease and other gastroenterological conditions.

Acknowledgement
The authors thank Drs I.V. Ershova MD, Head of the Moscow Medical Centre of SCENAR Therapy and P.V. Hruschev MBBS, Chief Medical Officer of the Physiotherapy Department of the Medical Rehabilitation Centre “Big Salts”, Yaroslavl, Russia for their valuable suggestions about the methodology of the SCENAR therapy.